Login and narrow your search. If you have fewer than 200 results, you can save your search. 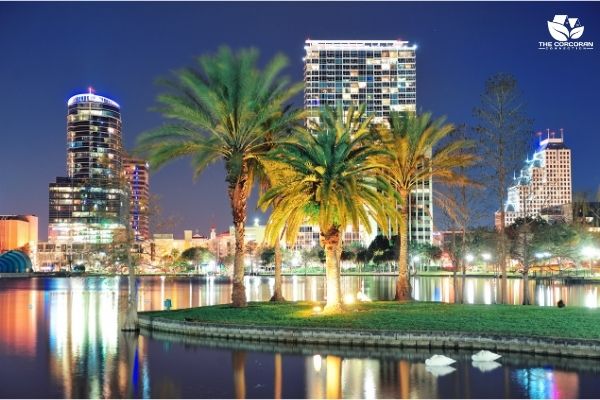 The City of Orlando is known throughout the world as one of the most amazing vacation spots to visit. Orlando’s economy focuses on the aerospace and electronics industries, but tourism is responsible for the lion’s share of its revenues.

Only 15 minutes from Orlando Florida is the world-famous Disney World theme park, MGM Studios and EPCOT Center. Universal Studios, Sea World and the International Drive area also are only minutes from downtown Orlando and bring with them a virtual plethora of world-class entertainment and resort hotels that make any vacation stay memorable!

Luxury hotels, restaurants, and tourist facilities abound in and near Orlando, which attracts visitors from throughout the world.

The Univ. of Central Florida and Rollins College are located here as is a busy international airport. Of interest in the town proper are Eola Park, on the shores of Lake Eola in downtown Orlando; botanical gardens; a museum; and a planetarium.

A bustling downtown draws businesses of all types and is especially strong in its ability to attract corporate headquarters.

The city’s potential has only begun to be realized. All told, more than one million additional square feet of construction has been announced for the downtown business district.

Downtown Orlando is more than just business. Charming, high-quality neighborhoods located close by and a vital nightlife give the city a cosmopolitan flavor within a close-knit community. Golf Course Communities and Retirement Communities, as well as “old-fashioned” quaint small towns in the Metro Orlando area are also growing and add to the diversity.

Expansion is under way at Orlando International Airport, one of the fastest growing major international airports in the world and the16th busiest in the nation. And with great weather year-round, Orlando offers a great atmosphere to tee-off on more then 150 golf courses, sail in a hot air balloon or chase the big catch.

The Orange County Convention Center, located on International Drive, now has 2.1 million square feet of exhibit space, making it the 2nd largest convention center in the U.S. 25 minutes east of the Orlando International Airport and located directly across the street from the Peabody Orlando Hotel. 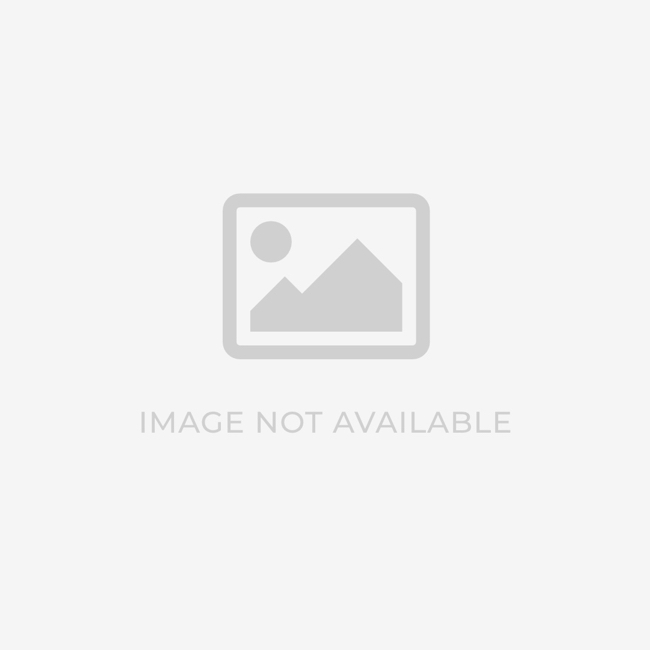 RARE OPPORTUNITY !!! Prime 6.26 acres of highway frontage across from Premium Outlet Mall. Perfect for a retail center, restaurant, office building or hotel. Zoning/Land Use: The subject property is zoned AC-3/SP, Metropolitan Activity Center/Special Planned Area Overlay District by the City of Orlando. The purpose of the District is to provide for large concentrated areas of residential, commercial, office, industrial, recreational and cultural facilities at a scale that serves the entire metropolitan area and at the highest intensities anywhere outside of Downtown Orlando. A mixture of land uses is specifically intended. Activity centers with a single type of use shall be strongly discouraged. These activity centers are intended for locations where arterials and four lane collectors and mass transit service are available, providing access to other metropolitan areas. The subject property has a land use designation of Metropolitan Activity Center by the City of Orlando. This designation is to promote an intensive mixture of employment, goods and services and residential uses in Activity Centers; to link high intensity Activity Centers and promote use of mass transportation along Mixed Use Corridors; to promote a wide variety of residential and employment alternatives both inside and outside Activity Centers and to achieve the highest standards of quality in the urban environment. 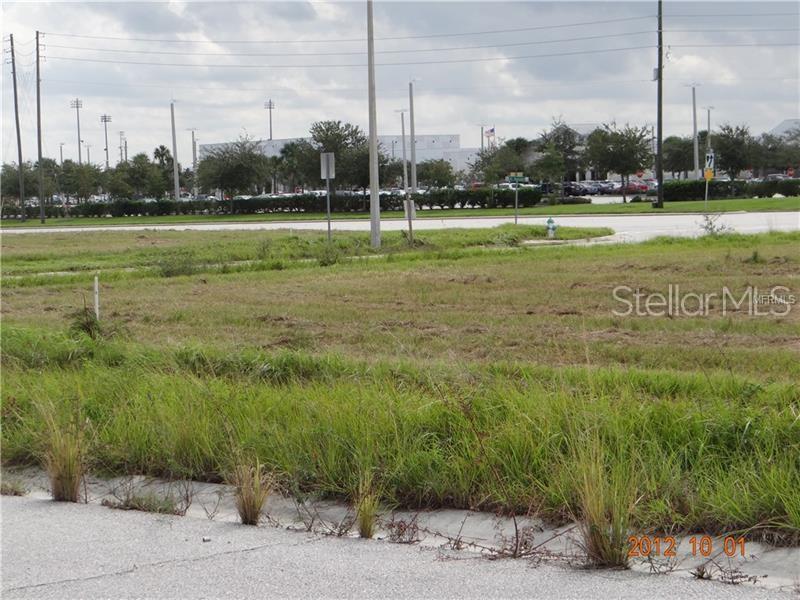 The listing price includes seven parcels to be sold as a whole. The site has already streets and retention pond. The total acreage for the seven parcels is 11.62. Property use: Vacant Industrial 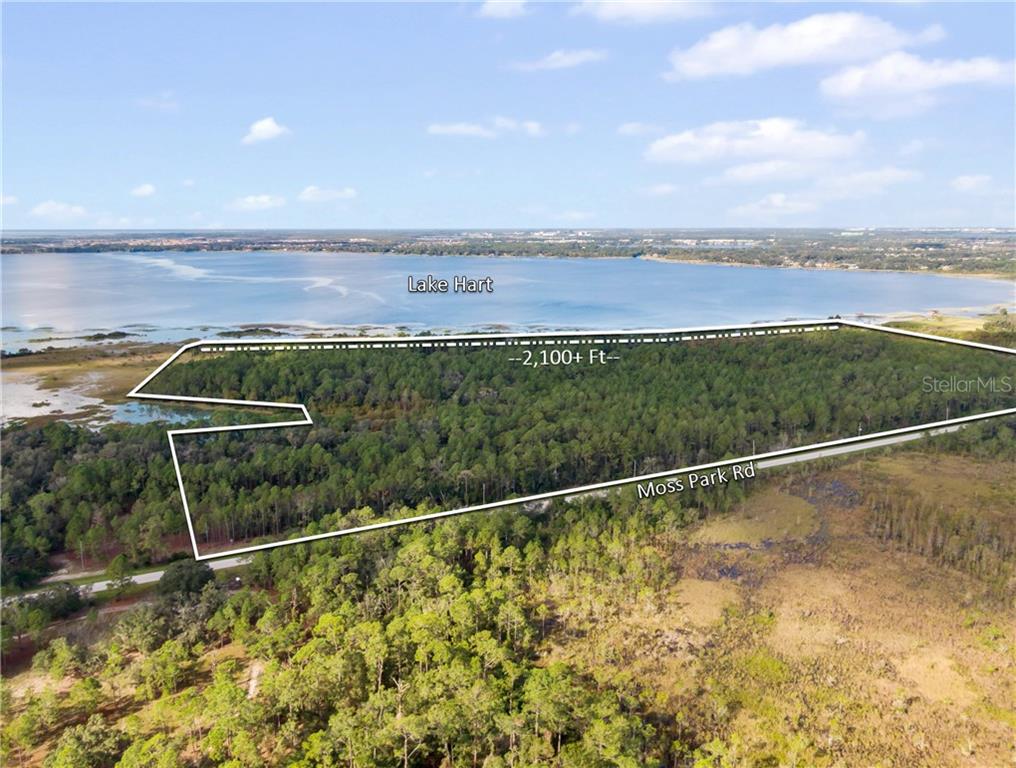 Incredible opportunity to purchase the largest remaining Lakefront Residential Development Site in the booming Lake Nona area. The property features 61+/- acres and is fully entitled for up to 26 Single Family Estate Lots. Located on the eastern shore of Lake Hart featuring over 2,100+/- ft of lake frontage and just minutes from the heart of Lake Nona and Hwy 417. Excellent opportunity to develop an executive lakefront estate community that is greatly needed in the Lake Nona market. Call for additional information. 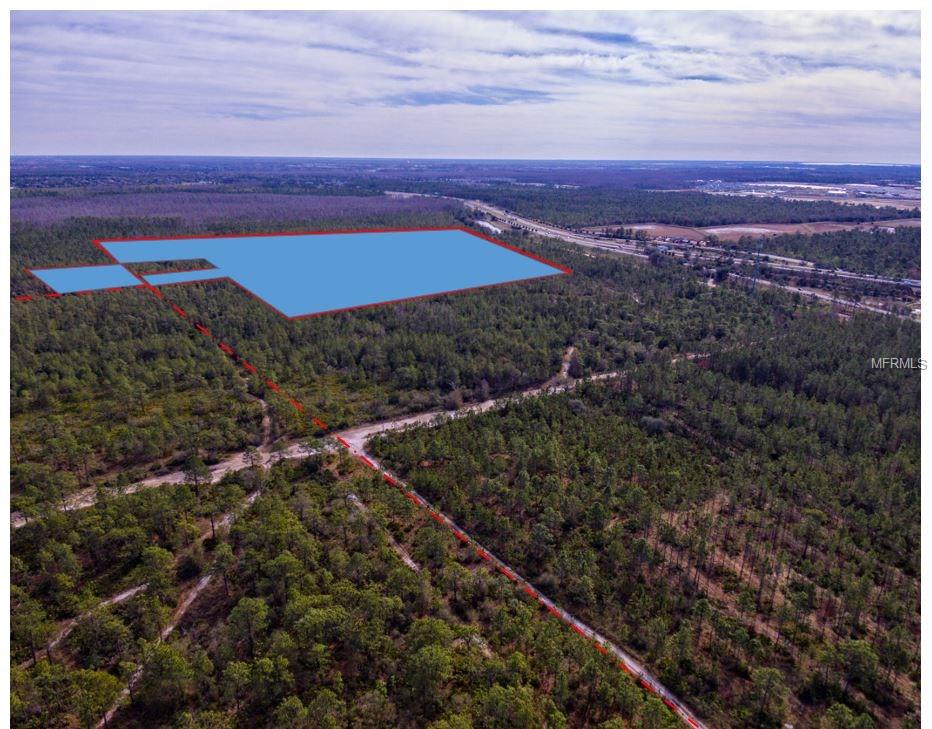 Take a look at this long-term development opportunity. No infrastructure in place. Currently up to 70+ contiguous acres listed. At the south edge of I-Drive with an easy access to State Road 417 (GreeneWay) to help you arrive at the Orlando International Airport in twenty minutes. Just a few miles away, access Interstate 4 (I-4), the central corridor of the state. Twenty-five (25) miles east of this property is downtown Orlando and headed west, in just an hour, you can be in Tampa, Florida. World famous Walt Disney World Resort and its theme parks are located less than five (5) miles from this property and the Orange County Convention Center is conveniently located 6 miles north. A lot of potential -call today!

Property is an owner operating, privately owned, non franchised/non flagged quick lube & auto repair facility. The building has 8 bays with room to add two additional bays. The property is currently opened 6 days per week. Property was built in 2016 with a lot of care and love and this business generates healthy returns. Ive never seen such a clean and organized auto repair facility. Appointments only to view property. Full financials available to qualified parties.

Constructed to seamlessly blend the best of old-world design and contemporary elegance, this BRAND NEW lakefront home exudes an air of sophistication through perfectly placed mixed materials, panoramic views of Lake Tibet, and an open floor plan. Located within gated Bay Point, just steps from famed Bay Hill golf course, the home is sure to inspire awe as you make your way up the stone paver driveway and through the custom glass entry. Polished stone floors, luxurious grand staircase, custom light fixtures, and a full-size wine cellar tucked within the under-stair space greet you as your eyes are instantly drawn to breathtaking views through floor-to-ceiling windows in the formal living room. The gourmet kitchen is a chef's dream, featuring top-of-the-line appliances, oversized center island, and a large hidden pantry. Just off the kitchen are the breakfast nook and spacious family room with a gas fireplace and custom built-ins. Accordion doors lead to the covered lanai with a full summer kitchen and the heated resort-style infinity-edge swimming pool and spa. With just under 10,000 sq.ft. of living space, the home offers two master suites overlooking the lake (one on each floor), 3 additional en suite bedrooms, elevator, a parlor, home office, and a loft all within the main house, a detached 1 bedroom apartment, pool house, and a separate guest suite with a home gym and sauna. Complete with a 4-car garage, back-up generator, tankless water heater, smart home system, and a private dock with covered boat and jet ski lifts, this is the epitome of luxury living.

Back on Market!!!! This Land have fully Approved for 556 Resort/Condo/Hotel Units & 13,350 Sq. Ft. Retail, its ready to Build; Great Location for investment, it is located 1.5 miles from Sea World, 5 miles from Walt Disney World, Animal Kingdom, Epcot, and MGM Studios, 3 miles from Universal Florida, only a few miles from International Drive and its world famous shopping and dining; 5 miles west of the Orlando international Airport, which is easily accessible on Sand Lake Road, and also closed to the 2nd largest convention center- The Orange County Convention Center; Don't miss out the Great investment!!!! 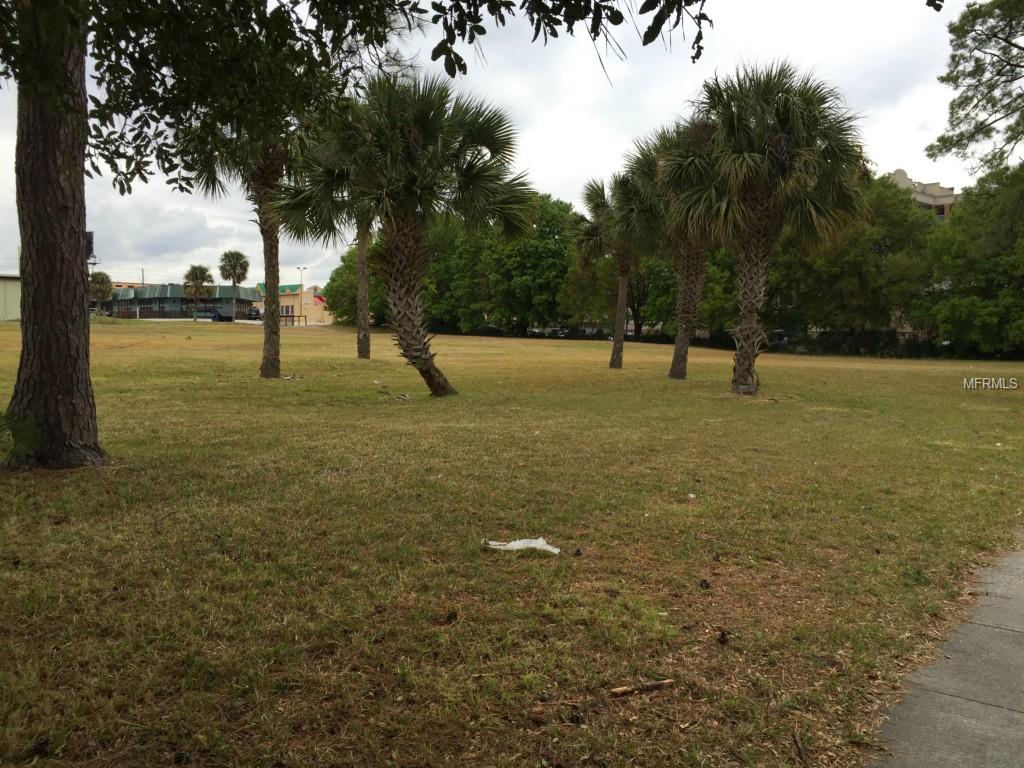 One of the few remaining buildable lots in the heart of Orlando's tourism corridor. Canada Avenue is one block east of International Drive, and this lot is adjacent to the new Skyplex complex. Ready to be built upon. Become a part of the action.

Adjacent to the 10th fairway and taking full advantage of its 0.76-acre home site, this transitional estate offers exceptional modern appointments perfectly balanced by its welcoming and thoughtful architecture. Designed by Nasrallah Architectural Group, this home was built in 2014 by Akers Custom Homes. The foyer creates a grand sense of arrival with custom-commissioned entry doors, 24-foot ceilings and onyx inlay flooring. Graceful details extend into the living room, outfitted with a dual-sided fireplace and a built-in onyx bar with custom cabinetry. The residence is centered on a two-story, glass-and-steel wine room - the only one of its kind in the United States. An epicurean kitchen boasts a 16-foot Carrera marble island and luxury appliances from Wolf, Fisher and Paykel, Thermador and Miele. The adjoining family room includes motorized sliding glass doors that allow effortless access to the lanai. The owner's suite encompasses a sunlit sitting room and a breathtaking bathroom with a double glass shower, a large bathtub with marble surround, custom built-in cabinetry and marble countertops. The upstairs entertainment loft comes fully equipped with a custom wet bar, a drop-down media projector and motorized shades for an authentic movie experience. Five en suite bedrooms and an additional game room complete the second level. The outdoor living area features a covered lanai and summer kitchen, and the resort-style pool includes a sun shelf, fire feature and water wall fountain.

Based on information submitted to MFRMLS as of January 19, 2021 . All data is obtained from various sources and has not been, and will not be, verified by broker or MFRMLS. All information should be independently reviewed and verified for accuracy. Properties may or may not be listed by the office/agent presenting the information. NOTICE: Many homes contain recording devices, and buyers should be aware they may be recorded during a showing.