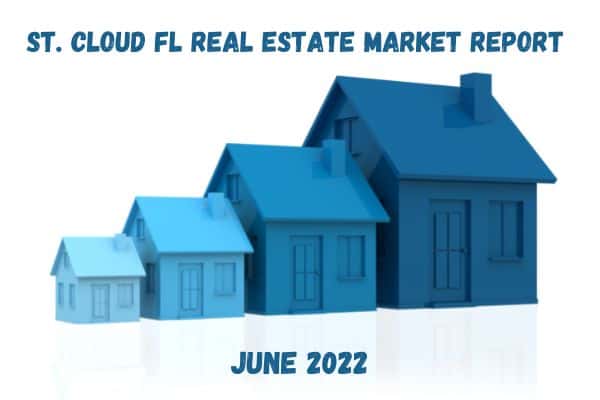 Jeanine said there were 47 homes that sold. Forty-two of those homes were single stories and 5 were two stories. The one-story homes that sold were at $240 price per square foot versus last month when that number was $233.

The two-story homes were at $215 price per square foot whereas last month that number was $190 a square foot. In May there were 47 homes that sold which equaled the total in June 2022.

Kristin then asked Jeanine to comment on what happened in St. Cloud zip code 34771. Jeanine replied that this is the busiest zip code right on Narcoossee Road by her office. Kristin said in June of 2022 there were 90 properties sold. The average price per square foot was $225.92. She said the one-story homes had a price per square foot of $242 and the two-story homes came in at $193.

Kristin then moved on to vacant land for sale in St. Cloud Florida. She said there were 17 parcels that sold in June. The most expensive parcel went for $13M and included 9.8 acres of land which was on Harmony Square drive. Kristin stated there was also a sale for a $1.6M parcel sold on Harmony Square drive as well.

Jeanine stated out of the 17 parcels sold, 15 were cash buyers and the other two were seller financing. Kristin added that vacant land is going quickly if you can get your hand on a piece of land.

Kristin added that this new market is in fact the traditional market and Jeanine agreed. They both said that the status now is a normal market. It is not a crash in the market. Jeanine added that the interest rates now at 5-6% are where the market was pre-Covid.

The interest rates are not high at all when you compare rates historically. Kristin added that the people that were in the market to buy before at a lower interest rate have less purchasing power now and that is where that feeling of not getting as much house as they could have 6 months ago.

Jeanine mentioned that there are some good programs available now to help offset that. She said there are things like the Hero’s program and others that can help first-time home buyers who are feeling like they won’t be able to buy a home.

Kristin added that for two years, those things were gone, and it is nice to have them back. It represents a healthy market. Jeanine offered this, how about instead of getting money towards closing costs, ask the seller to buy down your rate.

Kristin stated that what she is seeing is real estate agents are busier now and listings are increasing and that is definitely helping to correct the inventory problem in the market. She continued that for a long time there was no inventory and that drove the prices up.

Kristin asked Jeanine what she is seeing happening in the real estate market? Jeanine stated that things have slowed down but that slow down happened from a market that was on fire. She continued that it has returned to a traditional market and that it is still healthy.

Jeanine said that once you get to September the market slows down and then slows down even more through October and November. She continued that when sellers list their homes in November and December there is a reason for it and that is a great time to buy. Nobody wants to move during the holidays she said.

We hope you enjoyed Jeanine and Kristin walking you through the St. Cloud FL real estate market report for June 2022. Our goal is to keep you in the know about the housing market and statistics here in Saint Cloud which includes Harmony, Florida. View the video source.