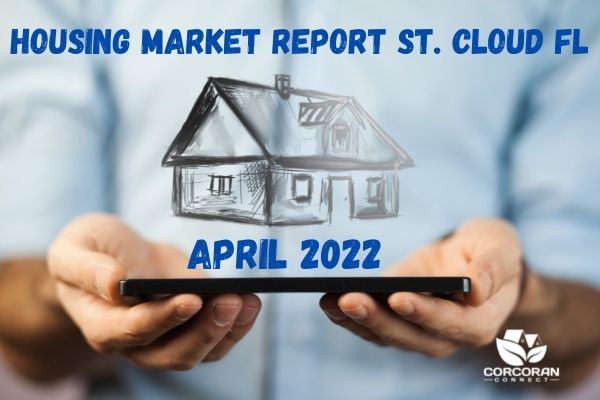 She is the broker for The Corcoran Connection, a real estate company. She is joined by her co-host Kristin Macari owner of Studio Nine 13. Welcome to the 19th episode of Discover St. Cloud Florida.

Kristin started by asking Jeanine what happened in the St. Cloud Florida real estate market in April? Jeanine replied that she always starts by zip code because St. Cloud has so many. Starting with zip code 34769 which had 41 homes sold in April.

Jeanine stated that they always separate one-story homes from two-story homes when reporting housing statistics. She said the two are apples and oranges. Appraisers will not appraise a single-story against a two-story.

Kristin added that there was a 4% increase for one-story homes sold in zip code 34769 and a 59% increase in two-story homes sold. She believes there must have been an outlier last month that led to the sizable difference between the two this month.

Kristin said regardless, zip code 34769 is still increasing. This zip code almost doubled its sales from March to April 2022. There were 25 homes sold in March and 41 this past April. Jeanine added that there are 32 actives and 70 pending.

Kristin said the homes sold in zip code 34771 for April were increased versus March home sales. There was a 5% increase for the one-story homes and a 2% increase for the two-story homes. Seventy-five homes were sold in March and 71 homes were sold in April 2022. Jeanine added that it is still the most active zip code with new construction. There are 96 actives and 247 pending homes for sale.

Kristin added that this was the only zip code that saw a slight decrease in their overall price per square foot numbers. The one-story homes decreased by 2.5% and the two-story homes dropped by 19%. Jeanine said there are 17 active and 72 pending homes for sale.

Jeanine said that vacant land is still selling and continues to be a hot commodity. There is only so much land and Kristin said you better get it while you can. Kristin said it is good to see that the real estate market is still healthy. She feels that they are still experiencing low inventory, particularly lower-priced homes.

We hope you enjoyed Jeanine and Kristin walking you through the housing market report for St. Cloud FL April 2022. We want to keep you up to date with what is happening in the real estate market in St. Cloud so you can make informed decisions when it comes to your real estate needs.