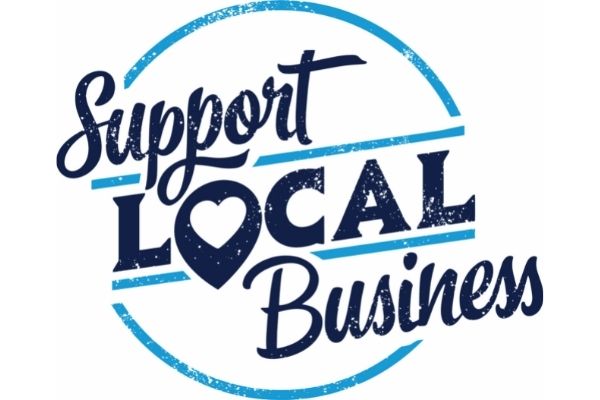 Z And Q A Children’s Boutique Is The Local Business Spotlight In St. Cloud FL For This Segment Of Our Podcast

Jeanine will be interviewing Stephanie Milfeld who is the owner of Z And Q A Children’s Boutique in St. Cloud, FL at 1037 New York Ave. Z And Q’s Boutique will be the first business spotlight for this segment of our podcast. Welcome to the 18th episode of Discover St. Cloud Florida.

Jeanine began the interview inside of the Z And Q A Children’s Boutique store by asking Stephanie how long the store has been open and the reason she opened her business?

They have been open for just short of four years now she replied. Stephanie explained the reason that she opened her store was beside the major retailers there weren’t a lot of options for children’s stores. Stephanie wanted to contribute to her local community by giving back and as a result, every brand she brings into her store must give back as well to a community, organization, or cause.

Jeanine asked Stephanie what organizations she contributes to personally? She replied that Z and Q A Children’s Boutique contributes to the Osceola Education Foundation. They have a gift for teaching program that she contributes to. They help restock school supplies at the Gift For Teaching store. This store is for teachers at Title One schools for their classrooms specifically. She said our boutique donates extra clothing to the Help Now Osceola organization. Their focus is on helping victims that are part of domestic violence situations and attempting to leave them.

Stephanie was asked by Jeanine to share a bit of her background. She said she is a native of Osceola County. She grew up here and graduated from high school here as well. Stephanie is the mother of two girls named Zoey and Quinn.

The initials of their first names represent the name of the store. She is married to a firefighter/paramedic. Her husband was recently promoted to Captain. Stephanie is a member of the local PTO and donates her time there as well. 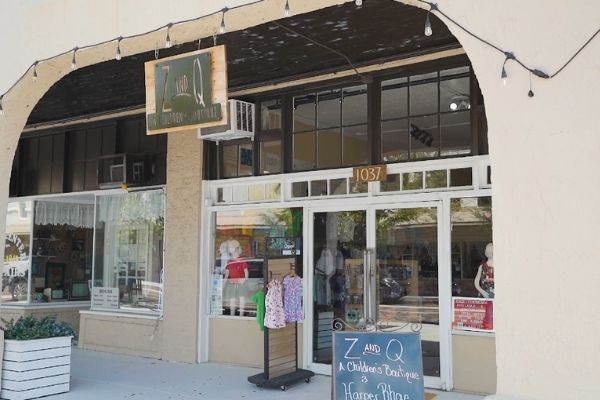 Jeanine wanted Stephanie to share how it is that she is serving the people in the community of St. Cloud FL? She is a member of the downtown St. Cloud business group. Stephanie also serves on their board. She is involved with many of the downtown activities which include the monthly market committee.

Jeanine then asked if the monthly market downtown is held on the last Wednesday of each month? Stephanie answered that yes, it is. She continued that during the summer months of June and July the only vendors allowed are those of age 21 or younger. This is called the “young entrepreneurs’ market”.

August is the one month when we take a break. We start back up in the month of September. The time for each market is from 5-9 PM. Stephanie stated they have music, many different vendors, and food trucks. The local stores remain open until late to accommodate the people attending. It is a fun time for all.

Jeanine inquired about the number of vendors that attend each market. Stephanie said that they average over 100 vendors each month and that number continues to grow. Jeanine commented that she even moved the staff meeting she holds each month so it didn’t overlap with the timing of the monthly market so her staff could go and enjoy it.

They then moved on to Jeanine asking Stephanie what she was selling the most of in her store. Stephanie said between the swim diapers and the simply Tote bags it’s probably a tie. Jeanine loves those tote bags and purchased two of them herself. Those tote bags are durable Stephanie said and holds everything moms need. You can even use a hose and rinse them out.

The swim diapers are re-usable and that is one of the main reasons why they are selling well. They also will fit kids weighing from 6 to 36 pounds she stated. While children are being potty trained these swim diapers are a must. Stephanie was asked by Jeanine about the charms you can put on the tote bag. She said you can add them making the bag unique to you and your taste.

Stephanie Was Asked Her Opinion On Why People Should Move To St. Cloud Florida?

Jeanine asked Stephanie for her opinion on why people should move to Saint Cloud. What is attractive about St. Cloud is the small-town vibe even though the community is growing. When you go grocery shopping you see people you know.

Businesses in town work with each other and help one another. She said if someone is looking for something in particular and I don’t carry it, I will tell them where they would be able to buy it.

She continued that most of the local businesses in St. Cloud are unique in what they carry so there isn’t a lot of duplication. She loves sending people to other businesses.

Stephanie was asked what one place she would recommend to someone who is new to Saint Cloud? She said with so many great places to choose from that is difficult to answer. If she were to narrow it down to one place, that place would be Shop DK on 11th Street.

They are all about home décor. It’s the perfect place for someone who is moving to Saint Cloud. They carry rugs, house plants, lighting, planters, comforters and so much more. 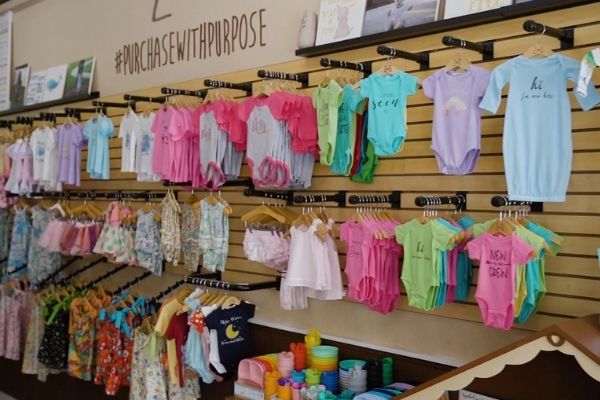 Jeanine asked Stephanie to let people know how they can find your amazing Z and Q Boutique? She replied we can be found on Facebook and Instagram @ZandQboutique. She continued by saying that Z And Q does a live sale every month. People can shop in their pajamas right from their living room. Stephanie said her children’s boutique is open 7 days a week.

She said her recent Facebook Live event was very successful. Jeanine followed up on that and asked if she had any advice for business owners wanting to try the same thing? Stephanie said just jump in and try it. Don’t get overwhelmed as it is something new just hang with it and you’ll get the hang of it.

While you aren’t physically with people in person it still has the feel of a party. Stephanie was asked by Jeanine if sales were generated because of the live event? She said they were, it was fantastic.

Jeanine thanked Stephanie for being the first business we put the spotlight on this segment of our podcast. We hope you enjoyed this podcast featuring Z And Q A Children’s Boutique as our very first local business spotlight In St. Cloud FL. This will be a monthly focus for Discover St. Cloud Florida. Visit the video source here.