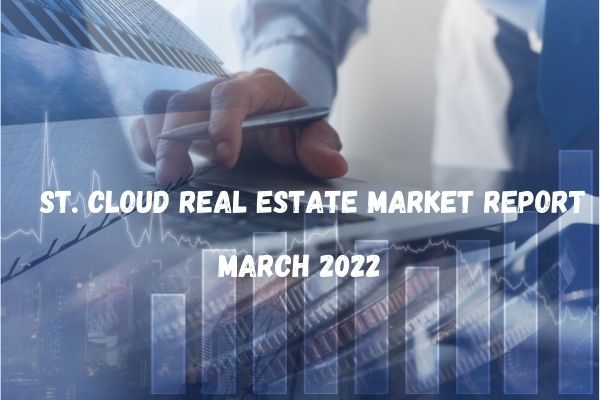 Jeanine is the broker for The Corcoran Connection. Kristin Macari owner of Studio Nine 13 joins Jeanine as her co-host. This is the 17th episode of Discover St. Cloud Florida and today we are going to talk about what happened in the real estate market in St. Cloud Florida for March 2022.

Kristin asked Jeanine what is going on in Saint Cloud? Jeanine said that we like to break up the report by zip code because Saint Cloud has many zip codes. Starting with zip code 34769 there were 18 actives and 78 pending. In zip code 34769 which includes the city of St. Cloud, there were 25 homes sold in March.

Kristin gave the numbers for zip code 34771 which is the busiest of all the zip codes in St. Cloud and where all the growth is coming from. There were 75 properties sold. There were 37 one-story homes that sold and 38 two-story homes.

Kristin was referencing how we have become accustomed to incredibly low-interest rates. Having interest rates over 5.0% is now the highest we have seen in over 10 years. In the 1980s and 1990s interest rates were 18% and 19%. So, relatively speaking, they are still low.

Jeanine then started talking about how having higher interest rates can impact the market although we haven’t seen that yet. Higher interest rates can affect the debt-to-income ratio. Lenders use how much debt a person has versus their income. She said if your payment rises because of the interest rate, it could prevent you from getting a loan, you might have to bring more money or get a lesser house.

Kristin said that if a person was buying towards the top of their price range, the higher interest rates could put them in a tough spot. She said it will be interesting to see, especially with the new builds that are coming close to completion how it affects the people getting their loans. Right now, things are still selling, and sellers are still getting multiple offers.

Jeanine added that if you are working with a realtor, they can help you with the following. She said when she is working with her buyers, she will call the builders and you never know it could be the day where a deal fell through and there is an opening.

Jeanine asked Kristin if that is what happened when she was able to find her home? Kristin replied that they didn’t get their new home because the buyer bowed out because of higher interest rates.

Will Higher Interest Rates Affect Home Builders Negatively With Homes That Are Close To Completion?

The reason they landed their home in mid-build was that when the slab was laid the buyers thought their backyard so going to be much bigger, so they opted out and Kristin and her husband filled that slot.

Kristin said that compared to her current home they are renting; the backyard is huge to them so it’s all good. She thinks her new backyard is beautiful. Kristin is very grateful because the original buyers did tons of upgrades that she wouldn’t have paid for herself because she is cheap, so she is thankful!

Kristin said she got lucky as she called the builder and they said someone just backed out, so they took advantage of the situation. The home was the perfect floor plan for them at the right price and it worked out. Kristin and her husband had been looking for over a year. She said it was hard during this challenging market and as Jeanine said, Kristin is in the market herself.

Kristin stated that this avenue is a less competitive avenue because not everyone is calling builders asking if any deals have fallen through. Also, it is a chance to buy it right then and there without a “multiple-offers” scenario.

Jeanine warned people to not rely on the auto-generated online home estimates as every home is different and unique. You really need a qualified realtor to help you properly access your home’s value. This is why you can’t reply on the “price per square foot” metric alone. Give your realtor a call, they can help!

They then moved onto vacant land for sale where Jeanine said there are 102 active and 32 pending. There were 20 parcels of vacant land sold in the month of March. There were some bigger pieces of property that sold including 10 acres off Hickory Tree Road that sold for $2.2M.

Kristin said land is a hot commodity. Jeanine stated that she gets a lot of calls for land. She recently had a phone call with an investor who asked her what is it that we can’t make more of? Land. You can’t make more of it.

We hope you enjoyed Jeanine and Kristin walking you through the St. Cloud FL real estate market report for March 2022. Our goal is to keep you in the know about the housing market here in Saint Cloud. You can visit the video source here.