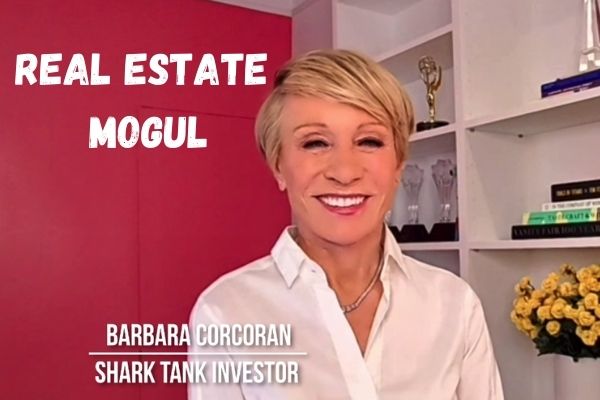 Jeanine Corcoran is actually Barbara Corcoran’s baby sister. This will be the 16th episode of the Discover St. Cloud Florida podcast. The Corcoran sisters will talk about the real estate market nationwide as well as in Saint Cloud, Florida market.

Barbara Corcoran the real estate mogul was welcomed to the show by Jeanine Corcoran. She is the broker for The Corcoran Connection. Barbara has looked forward to being on the Discover St. Cloud podcast and said what a pleasure it is to be on the show with her sister.

Jeanine said Saint Cloud is a small town that has a downtown, cobblestone streets, mom-and-pop retail stores, a marketplace every month, and no big chain stores. Jeanine asked Barbara what it was about small towns that people love?

Barbara replied that it represents a dream of America. Small town living represents so many good associations and people gravitate to that. People are moving in large numbers from the Northeast to Florida for many distinct reasons. There are fewer Covid restrictions and when it comes to investing, there are fewer taxes for people with big money. Finally, it’s the sunshine which is an obvious attraction.

Being in real estate for about a half of a century, Barbara stated what she is seeing by far is the wildest market she has ever seen. She said over the past year that prices are up 19%. Nobody believed it would last this long. People are fearful thinking the market will tank. She said she doesn’t see tanking any time soon.

The current market has sustained itself for 2 plus years with no signs of slowing and homes prices will climb over the next 12 months. Jeanine said that experts in real estate, including her sister Barbara Corcoran, are saying that the real estate market will continue to be hot in the immediate future.

Jeanine asked Barbara if the real estate market will crash again? Barbara answered no. This is a very different market today because of the roots that it stands on. There is a clear difference between the people who are buying real estate in this market versus those who were buying it back in 2008.

Barbara stated that in 2008 the circumstances were different. Lenders were reckless with no parameters which allowed anyone to get a loan. Back then there were investors that were flipping homes one after another. The real estate market was quite different back then. All these factors were bad for the market. You don’t want to base a market on this with rising prices.

Today’s market is different Barbara said, we have qualified buyers that are supporting the market in the right way. She has confidence because of this. The banks aren’t giving out loans that are more than people can afford. As a result, the foundation of the market is completely different.

Barbara Corcoran Shark Tank investor was asked by Jeanine about what guidance she could relay to real estate agents in order to land listings? Barbara stated it is one’s ability to secure a listing from the culmination of all the things that the agent has done well throughout their career. An agent must have confidence, they can talk about their impressive sales which help with credibility and win over the seller as a result of their experience in real estate. A real estate agent must commit to becoming great at their craft.

Barbara said that becoming great has to be earned by hard work. It is not magic and is not handed to you. The one common trait for being not only a successful real estate agent but a success in anything is the desire and ability to hustle. You won’t get where you want to go in life if you are not a hustler. She knows hustler is the wrong term here, what it really comes down to is having the ambition to go after it.

Jeanine said having the hunger to go get it. Barbara replied, yes, hunger is everything. Having hunger is more important than need. Barbara gleaned many years ago from facilitating a focus group that people want to associate with people that remind them of themselves. Whether it is a wide net or narrow, what is certain is everyone has an audience of their own.

When Barbara became aware of this, she stopped looking for the secret sauce of how to close more listings. Instead, she became a better matchmaker for her clients with her sales agents.

How Do You Land The Winning Bid?

Barbara was asked by Jeanine if there was a unique strategy that would help an agent in securing the winning bid for their buyer in a multiple offer scenario? Barbara said, yes, there is. It involves having the real estate agent put in their absolute best effort.

Every experienced and capable agent knows how to close a bid, Barbara said. To close the winning bid is to get the highest bid with no contingencies. Teaching buyers to lead with their best is essential. Barbara taught her agents to ask the buyer “at what price would you be regretful that somebody else got it”?

Jeanine responded and said that is the same question that she asks. Genius runs throughout the family, Barbara said. She added that it allows the buyer to pause for consideration. This pause helps provides comfort when they raise their bid. We don’t want people regretful, so it is a just thing to do. The next house will only be more expensive as the market will not be going down anytime soon.

Whether a person has all cash or not when it comes to positioning your bid is a misnomer. What it means is there will be no contingency on financing.

We hope you enjoyed our talk with real estate mogul Barbara Corcoran. The Discover St. Cloud Florida podcast has as one of our goals to keep people up to date with the real estate market locally in St. Cloud FL. Video source.