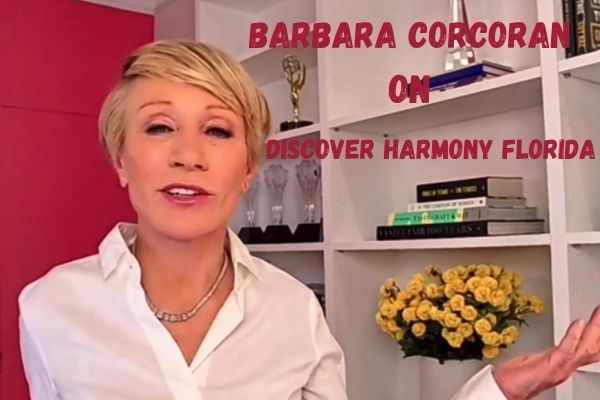 Jeanine Corcoran is the owner and broker for The Corcoran Connection and the host of Discover Harmony Florida. Her sister Barbara Corcoran is a real estate mogul and star of Shark Tank. The two sisters discuss the real estate market in Harmony, Florida, and across the nation.

Jeanine started off by welcoming her sister Barbara Corcoran from Shark Tank to the podcast. Barbara replied and said it is a pleasure to be here and how she has looked forward to being on Jeanine’s her baby sister’s podcast.

Barbara answered that she has been in real estate for almost 50 years, and this is by far the craziest most bonkers market she has ever seen. She said prices are up 19% in the last 12 months and nobody thought it would extend that far. People have become fearful thinking that the market is going to bust. She said that there is no bust on the horizon.

Barbara said that home prices shooting up to the prices that they are is mind-boggling to her with Austin, TX going up 40% in a year and Jacksonville, FL going up 31% not bad for a year.

She did remember one market that was stronger, believe it or not, and it was a market that only lasted one year. It was a crazy market in Manhattan, NY when she was first in business in the 1970s. The city was coming out of bankruptcy, crime was up, and everything was wrong with it. It ended up bouncing back in one year.

Barbara remembers calculating numbers when she realized that prices had gone up 66% in one year. She remembers calling her mother and telling her that prices had gone up 66% and do you know what she said to me, “you should take your 6% commission and leave 3% on the table and ask your buyers if you can have 3% of the deal.” Barbara thought it was a stupid idea but if she had listened to her, she would have been rich by the age of 30.

The market continued to go up and go up and never stopped. That was a miracle market. Barbara has never seen such as the market we are in now sustained for 2 years and still going. She added that it will continue to get more expensive over the next year. Jeanine added that all the real estate experts with Barbara Corcoran being one of them are saying the same thing, that the hot real estate market is going to continue for the foreseeable future.

Jeanine Corcoran Asked Her Sister Will There Be A Real Estate Market Crash? 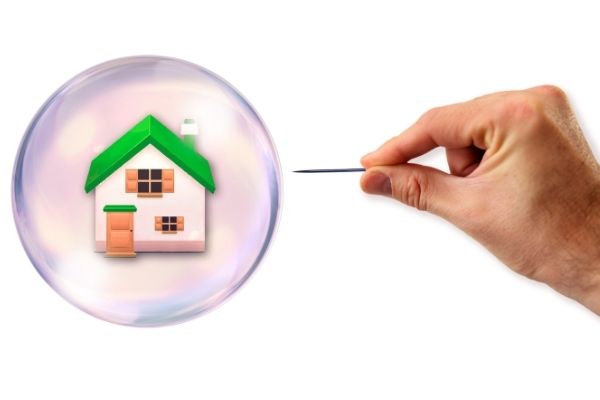 Jeanine asked the number one question that they receive all the time, will our real estate market crash again, what do you say to that? Barbara replied that she says the same thing to buyers all over the country. That it is a totally different market now because of the roots that it is built on. There is a dramatic difference between who is buying real estate now and who was buying it in 2008.

Barbara continued that in 2008 we had the subprime market and there was reckless lending with no parameters where anyone could get a loan. We had investors flipping like crazy, it was that kind of a real estate market. There was also crazy inflation. Those are terrible things like bad roots of a tree to base a market on and rising prices.

However today Barbara said is different. We have real buyers that are supporting our market. This is what gives me great confidence. They have loans of course but the banks aren’t lending them more than they can afford. So, what you have now is a totally different foundation of the market.

Couple this with what is a whole new appreciation of what’s important in life. Barbara added that people have had time to think during Covid and they have realized one of the most important things is where you live, and the second thing is their job.

How Does A Real Estate Agent Get More Listings?

People have re-evaluated these two things and they have come away feeling that these things are more important than ever. People have done what they think they should have done and one of those things is to buy a house.

Jeanine asked Barbara Corcoran Shark Tank investor what is the one piece of advice she could give to real estate agents to get more listings? Barbara replied that your ability to capture a listing whether it’s a firm or a real estate agent is a summation of a lot of things you’ve done well along the way. You have confidence, and credibility, you talk about other spectacular sales, and you can win the seller over because of your real estate experience. You must become very good at what you do.

It is not a magic wand Barbara said, it is something that you have to earn by great work. The one thing that is common among all markets is you have to hustle. You don’t get anywhere in life unless you’re a hustler. Barbara said she knows hustler is probably the wrong word but it’s a person that has the ambition to go for it.

Jeanine added the trait of hunger and Barbara replied that hunger is everything and it is more important than need. The other thing that Barbara learned years ago is after conducting a focus group is that people like to associate and do business with people like themselves, everyone has their own audience.

Is There A Secret Sauce To Land More Real Estate Listings? 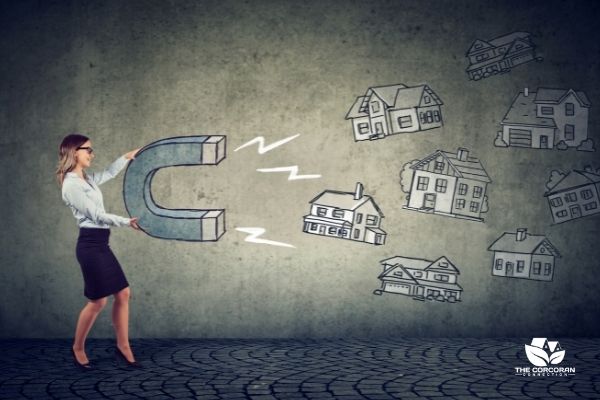 Once Barbara realized this, she gave up trying to find the secret sauce on how to land a listing. She learned that she better do a better job of matchmaking when people asked me for an agent.

Jeanine then asked Barbara if she could recommend a specific strategy that can help a real estate agent help their buyer get the winning bid in a multiple offer scenario? Barbara replied, yes, you can counsel real estate agents on what it takes to win anything which involves always putting in your best effort.

Barbara believes every great agent knows how to close a bid. Closing the bid to win is getting the absolute highest bid with no contingencies. It is important to teach the buyers to put their best foot forward. The question Barbara used to ask and taught her real estate agents to ask the buyer is “at what price would you be regretful that somebody else got it”.

Jeanine said that she asks the same question to which Barbara said, see that genius runs in the family. Barbara continued that question gives the buyer pause for thought and ultimately helps them feel more comfortable raising their bid. This is a fair thing to do because you don’t want people regretful, and they are only going to have to pay more for the next house. It is not like the market is going to go down.

Does Barbara Corcoran Regret Not Investing In Any Particular Deal While On Shark Tank?

Then of course positioning your bid whether you have all cash or not as all cash is a misnomer. Most people think you have the cash in your pocket, all it really means is I won’t be contingent on financing.

Jeanine then turned to focus on a Barbara Corcoran Shark Tank investor question. She asked Barbara if there was any deal that got away while you were on Shark Tank that you wish you had invested in? Barbara answered that everyone loves to ask that question and her answer is honestly, no. She said she has the great ability to move to the next deal.

Jeanine also asked Barbara what is Mr. Wonderful like in real life? Barbara stated that he is a pushover. She continued that when his wife coms onto the set, his knees visibly shake just having her in the room. He is a tough guy on the set but if you want to renegotiate the deal after the fact, he has no problem with it. Mr. Wonderful is not as tough as he looks.

We hope you enjoyed Jeanine Corcoran interviewing her sister Barbara Corcoran Shark Tank investor. One of our goals at Discover Harmony Florida is keeping you up to date with the local real estate market and there is no better guest to do that with than Barbara Corcoran. Attribution link to the video source.