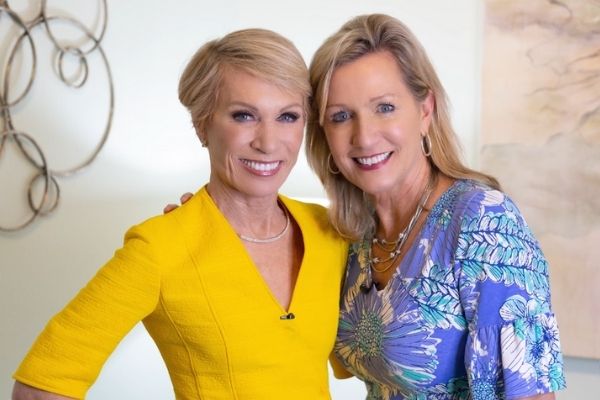 Business Unusual With Barbara Corcoran Introduces Her Guest Today, Jeanine Corcoran Who Is Her Baby Sister

Jeanine answered and agreed with Barbara that it did feel like two families, the older siblings as one family and the younger siblings as the second family. She continued that her childhood memories were of her Dad singing to her and her sister Florence every night playing the guitar. Jeanine added that what she didn’t like was going to bed so early because it was still light out and she could hear kids playing outside.

Jeanine also recalled at age 6 or 7 waking up on Easter morning with 10 baby chicks that had mom had got for the family in the bath tab. Barbara added that the bathtub was the one and only for all 10 children. Jeanine also remembered her Mom bringing her down to the junkyard and giving away the chicks when they were grown. Then, the kids would go visit the grown chickens and they would come out and run to them. 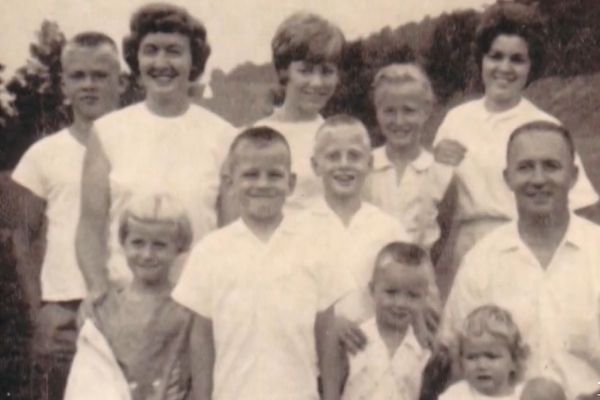 Her Mom made a big deal about that, and it was exciting for the kids. Jeanine likes to think that those grown chickens were theirs and that her mother wouldn’t make that up, but Barbara remembers their mother would do anything to make the kids happy.

Jeanine then remembered when she turned 10 years old that her mother through a surprise birthday party for her and invited her entire class. There were between 25-30 kids from her class there and it was really nice that she did that. Barbara wasn’t there for that one and wondered how all those kids fit in their small childhood home.

Barbara commented on how her Dad was playful and she learned that from him. She said that her mother really produced a lot of the plays and situations like the chickens, and she gets no credit for it. She didn’t think of her mother at all as playful. Barbara thought of her as a worker and a great role model and an inspirer.

Barbara thought of her dad as the person who taught us that fun comes first. She recalls Jeanine saying over the years how much she got from her Dad but from Barbara’s perspective, her Dad wasn’t around much as he had two jobs.

Jeanine said that her dad was all about business, coming home in his suit from work and sitting and telling stories about his workday. Jeanine stated that they were horrible stories. She remembers her dad always being right and Jeanine saying, “yeah, that’s right dad, you’re right!”.

Jeanine said she must have just adored him. Barbara said that she thinks that we all adored him as he was our boyfriend of sorts. He was charming and he paid attention to us, and he was smart enough to sell us. She distinctly remembers her dad sitting each of the kids on his lap and telling each of us that we were his favorites. 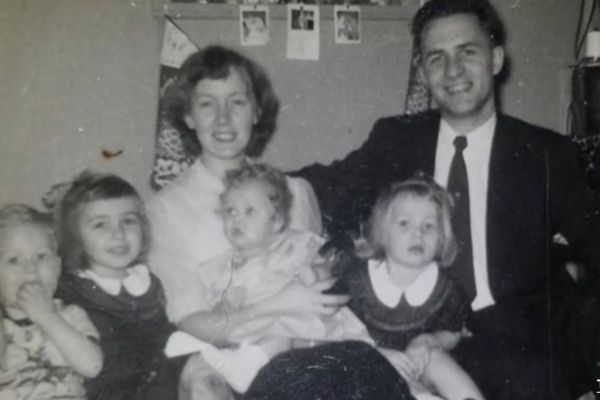 Barbara was calling a memory where she was at her childhood home and Jeanine had recently completed secretarial school after college and started a job. Jeanine became a secretary for Greyhound Leasing in New York. Jeanine came home one day and proudly announced to her dad that she has received a raise and Barbara asked Jeanine to share what advice she had received from her dad? Barbara said that his advice made a heck of a difference in the perception of her own father.

Jeanine replied that she remembered it like it was yesterday. She said she was a great worker, great employee and she worked for the vice president of her company. Jeanine got her raise as well as the 6 other girls in her office. They all received the same raise.

The Moment That Changed Barbara Corcoran’s Impression Of Her Dad

When Jeanine shared her excitement with her dad, he stated that wasn’t a raise, it was barely the cost of living. Her dad made her go through a list of all the things she did at her job and told her to march back in there and tell them what her worth was and ask for a real raise.

Barbara jumped in and mentioned one more question that their dad asked Jeanine and that was, are you a better worker than the other girls? Jeanine answered, yes, I am. So, Jeanine went back to work the next day and had to go to the President, not the vice president she was reporting to, and asked for the raise she thought she deserved, and he gave it to her.

The President had told Jeanine not to share her raise with the other girls. Barbara said their dad was a good man, a smart man. She had never seen that real side of her dad until that day when he shared that advice with Jeanine. That changed Barbara’s impression of her dad.

Barbara’s memory of her dad was that he was always right and always hated his boss. He always either quit or got fired because of arrogance or insubordination. And for this, Barbara thanks her dad. She continued that she doesn’t think she ever hd a good boss over the course of her 22 odd jobs before she started her own business.

Barbara recalls going into each job with a chip on her shoulder and that this guy was not going to be any good. They usually weren’t and they fulfilled her expectations. Most of them she is sure were just fine but without that chip, on her shoulder, she doesn’t think she would have started her own business. She thought the worst thing in the world would be to work for somebody.

Barbara believes that her dad spun her towards entrepreneurship and half of our siblings own their own businesses. She asked Jeanine if she thought their dad was a big influence in that regard? 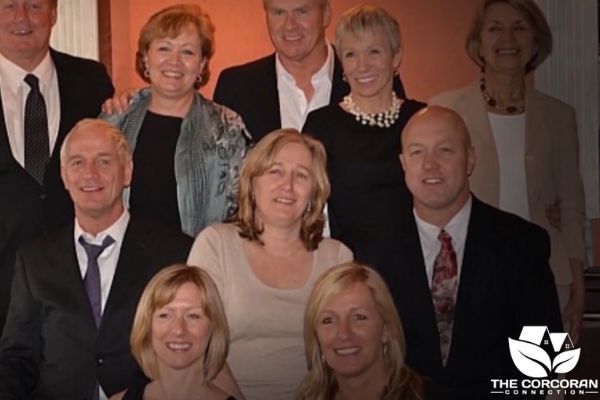 Jeanine answered that she believes that to be true. She thought both her mom and dad gave all the kids a lot of confidence to go out into the world and it paid off. Barbara shared another piece of what she thought pushed a lot of her siblings toward entrepreneurship. It was simply the confidence each of us had. Mom was definitely a natural-born leader and our dad was definitely a natural-born leader.

Barbara always believed she was a leader and pretty much go do anything she wanted to. She did not lack confidence. She said when we went into the world, it wasn’t intimidating.

Barbara asked Jeanine if there is anything she learned from mom or dad where you specifically went out of your way with your own children to teach them? Jeanine said there was starting with her mom for starting traditions with her kids. She used Christmas as an example.

Her mom wanted everyone there but understood when some of the kids started getting married, everyone couldn’t be there on Christmas. So, she would have a get-together the Sunday before Christmas just so everybody could come as that’s what she loved. Jeanine said she had done the same thing now having a Christmas get-together a week or two before Christmas so everyone can be there.

Jeanine then shared her love of music and singing that she learned from her dad and shared that with her children. Some of her kids have learned to play different instruments and have a love of music as well. She shared that her husband Bill has a lot of her dad’s traits. Bill plays the guitar; he doesn’t sing but he loves music.

Jeanine Corcoran Started Her St. Cloud Real Estate Company At The Age Of 50

Jeanine replied that she was 43 when she became a real estate agent and didn’t start her St. Cloud FL real estate company until she was 50. Barbara then asked what took her so long? Jeanine shared that after her divorce, it was just her and her daughter Lauren. There was nowhere to go but up and to never go back. It was out of survival.

Barbara commented on what she found impressive about Jeanine starting a real estate company at 50 years old is that so many single moms wouldn’t take a risk like that. She said Jeanine went right into the bullseye of the greatest risk of starting a business from scratch which would be frightening and maybe even irresponsible at the time for a single mom.

She said that Jeanine didn’t play it safe and that on some level she felt she would make it happen. Barbara asked Jeanine if she had put thought into that when making her decision, whether she had confidence in making this decision or not at all?

We hope you enjoyed Business Unusual with Barbara Corcoran interviewing her baby sister Jeanine Corcoran. Be sure to watch for Barbara Corcoran being interviewed by Jeanine on her upcoming podcast for Discover St. Cloud Florida. Link for attribution to the video source.