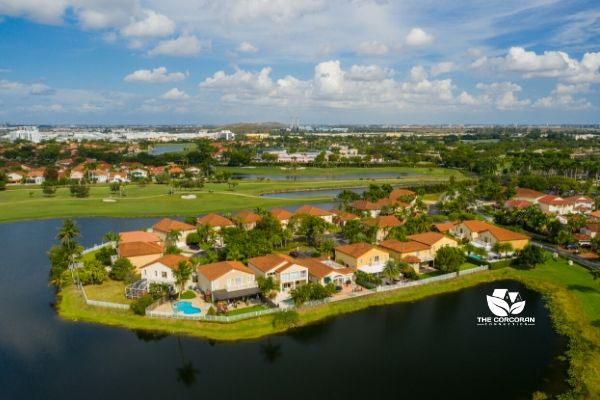 Question Of The Day: Why Do They Call It Mount Dora?

Mount Dora, Florida is part of the Orlando-Kissimmee, Florida metropolitan area. It is known for its small-town charm, monthly festivals, and quaint antique shops.

But why do they call it Mount Dora?

According to local legend, the history of Mount Dora’s name can be traced back to 1846, when surveyors named a beautiful lake after a lady named Dora Ann Drawdy. The original Dora was a pioneer who settled in the 1800s and enchanted the federal surveyors with her hospitality.

The town was originally named Royellou, after the three children of their first postmaster, R.C. Tremain. The kids were Roy, Ella, and Louis.

In 1883, the town was named after the lake, and so it was that Ms. Drawdy was immortalized in Mount Dora’s real estate history. There is also a downtown alley named after her, called Dora Drawdy Way.

Here are some of the highlights in the city’s colorful past:

Today, Mount Dora is one of Central Florida’s top real estate destinations because of its strategic position. It is a hub for both residential growth and business development.

According to some data, home prices were up 24% in July this year versus the same period last year. The median price is around $350,000. Generally, homes sell within six days, compared to 40 days last year.

This is indicative of the strong market demand for residential property in the Sunshine State. It is a trend that can be seen in other communities across Central Florida.

Mount Dora also continues to be a favorite tourist destination for neighboring locals and visitors from around the country.

The downtown area is packed with dining and leisure options. History enthusiasts will also enjoy famous sites like the Lakeside Inn, the Donnelly House, and the railroad depot which is now the headquarters for the Chamber of Commerce and the visitor center.

Mount Dora is also known for its year-round festivities, including the Arts Festival, the Bicycle Festival, and of course, the Christmas Festival. The city also hosts large antique fairs which can attract up to 1,500 dealers.

Even in a competitive market, you can find affordable real estate in Mount Dora, especially if you have the right partner.

Jennifer Garrison and Nancy Simpson Eccles are two experienced and savvy real estate agents leading our Mount Dora office. They are well-loved by buyers and sellers because of their honest, timely, and adaptable service.

Read the testimonials here and check out their official YouTube channel for free expert tips and other informative content. Better yet, book a personalized consultation at 352-268-1408.